How to "Fair Trade" your Holidays

Go to the Global Exchange Fair Trade blog to learn how to "Fair Trade your holiday season."  Two  suggestions are buy less "stuff" and buy fair trade.  What are the others?  Click on the link above and see!
Posted by SCC JPIC Blog at 8:25 PM No comments:

Did you know you can now follow Pope Benedict XVI on Twitter?  The Holy Father is @Pontifex to answer questions about faith.  Click here to read an article in USA Today, "Twitter faithful await Pope Benedict's words."
Posted by SCC JPIC Blog at 9:38 PM No comments:

Bishop Walter Sullivan, who served as bishop-president of Pax Christi USA from 1992 to 2002 has died.  He was 84 years old.  Click here to read the obituary on the Pax Christi website.
Posted by SCC JPIC Blog at 9:27 PM No comments:

On December 18, 1990, the UN General Assembly adopted the International Convention on the Protection of the Rights of All Migrant Workers and Members of Their Families. Ten years later the assembly declared that December 18 be set aside for member states and intergovernmental and non-governmental organizations to observe International Migrants Day through the dissemination of information on the human rights and fundamental freedoms of migrants, through the sharing of the experiences of migrants, and through the design of actions to ensure the protection of people on
the move.

The Commission for Justice, Peace, and the Integrity of Creation of the USG/UISG has prepared a prayer to be used on International Migrants Day.  Click here to access the prayer.
Posted by SCC JPIC Blog at 12:30 AM No comments:

Are you familiar with Homeboy Industries?

Homeboy Industries in Los Angeles provides training and support to formerly gang-involved and recently incarcerated men and women, allowing them to re-direct their lives and become contributing members of the community.  Click here to read a recent article from The Atlantic on Homeboy Industries and here to visit the Homeboy Industries website.
Posted by SCC JPIC Blog at 6:27 AM No comments:

Are you prepared for National Migration Week 2013?

From the USCCB website:  National Migration Week 2013 will be held from January 6 -12 with a primary theme of "We are Strangers No Longer:  Our Journey of Hope Continues."  This year's National Migration Week observance and theme commemorate the 10th anniversary of the historic joint pastoral letter of the United States and Mexico bishops conferences, "Strangers No Longer: Together on the Journey of Hope."  This theme reminds us of our responsibility as Catholics to help newcomers integrate in ways that are respectful, culturally sensitive and responsive to social needs, and of the ongoing need for comprehensive and compassionate immigration reform.

Visit the Justice for Immigrants website, where you can find a wide range of educational resources on immigration and Catholic Social Teaching.

Happy Feast Day.  Click here to read a brief Pax Christi USA reflection on the Solemnity of the Immaculate Conception of Mary.
Posted by SCC JPIC Blog at 7:17 AM No comments:

Are you familiar with the Bakhita Initiative?

The Bakhita Initiative: U.S. Catholic Sisters United Against Human Trafficking is a project that provides women religious with resources, ministry opportunities and ideas for strengthening anti-trafficking efforts.  Visit the website here.  It is a work in progress, so be sure to check back frequently.

(The site is named for St. Josephine Bakhita, a Sudanese slave turned nun who was kidnapped and sold into slavery at age 7.  Click here to read more about her and why the Bakhita Initiative is named for her.)
Posted by SCC JPIC Blog at 12:30 AM No comments:

From the USCCB:  Archbishop José H. Gomez of Los Angeles, chairman of USCCB's Committee on Migration, urged President Barack Obama and the newly elected Congress to work together to enact comprehensive immigration reform. Archbishop Gomez issued the statement during the U.S. Conference of Catholic Bishops' Fall General Assembly, November 13 in Baltimore.  Click here to read the statement.
Posted by SCC JPIC Blog at 12:50 AM No comments:

What do you know about Medicaid Expansion?

Although the Supreme Court upheld the constitutionality of the Affordable Care Act, it also upheld that expanding Medicaid is not mandatory.  So, states can choose to opt into or out of the expansion of Medicaid.  What do you know about the expansion of Medicaid in your state?  Network has prepared a state-level advocacy toolkit about Medicaid expansion.  Whether or not you plan to advocate, the toolkit -- available here -- provides valuable educational materials.
Posted by SCC JPIC Blog at 12:09 AM No comments:


Forty-five women religious are in El Salvador as part a delegation sponsored by the SHARE
Foundation and LCWR. They are participating in events to mark the 32nd anniversary of the martyrdom of four US missionaries who were assassinated by the Salvadoran military for their advocacy on behalf of refugees and the poor (mentioned in yesterday's blog post).

Ceremonies include a service to honor LCWR for its dedication to advocacy for justice in El Salvador. Pat Farrell, OSF is receiving the award on behalf of all women religious.

The SHARE Foundation will also launch a scholarship program for girls and young women named for the four missionaries. The delegation will be in El Salvador until December 5 and will visit the site of the assassination of the four missionaries to remember them and celebrate their lives. They will also petition Salvadoran President Mauricio Funes and the Salvadoran government to declare the site a national monument.


Today, we remember the lives of Jean Donovan and Sisters Maura Clarke, Ita Ford and Dorothy Kazel who were tortured, raped and murdered in El Salvador on December 2, 1980.  Let's continue to remember them (see the video above) and to pray for all those in the world who suffer persecution at the hands of their governments.

(E-mail subscribers: Click here if you would like to see the video and do not see it embedded in your e-mail.)

Posted by SCC JPIC Blog at 6:52 AM No comments:

Getting to Zero: World AIDS Day 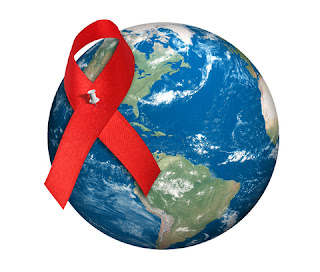 Today, let's remember to pray for those whose lives are touched by HIV/AIDS, especially those in developing nations where treatment is difficult to obtain and sustain.
From the World Health Organization website:  World AIDS Day on 1 December brings together people from around the world to raise awareness about HIV/AIDS and demonstrate international solidarity in the face of the pandemic. The day is an opportunity for public and private partners to spread awareness about the status of the pandemic and encourage progress in HIV/AIDS prevention, treatment and care in high prevalence countries and around the world.
Between 2011-2015, World AIDS Days will have the theme of "Getting to zero: zero new HIV infections. Zero discrimination. Zero AIDS related deaths". The World AIDS Campaign focus on "Zero AIDS related deaths" signifies a push towards greater access to treatment for all; a call for governments to act now. It is a call to honor promises like the Abuja declaration and for African governments to at least hit targets for domestic spending on health and HIV.
Click here for more information.

Posted by SCC JPIC Blog at 6:33 AM No comments: