Click here to read the Huffington Post's article about eleven Congregations of Catholic Sisters who have partnered with Indianapolis area hotels to educate workers about prostitution and sex trafficking prior to the Super Bowl on February 5. The article link includes news coverage of a prayer service held by the Sisters of Providence at Saint Mary-of-the-Woods, Indiana.
Posted by SCC JPIC Blog at 1:46 PM No comments: 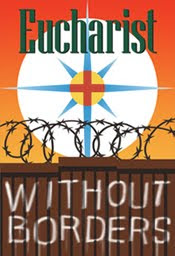 Celebration Publications will be hosting a conference from April 11-13, 2012 in Rio Rico, Arizona to discuss the church's role in bringing about just immigration reform. The conference will include opportunities to visit the border areas near Tucson to pray and to witness firsthand the many ministries that now serve migrants. Education for Justice staff will be conducting a workshop titled "Transforming Hearts: Education on Immigration" at the event. Click here for more information.
Posted by SCC JPIC Blog at 9:42 AM No comments:

The Catholic Coalition on Climate Change and Loyola University New Orleans are offering a free, public, one-hour webinar, "Catholics and the Climate: Fostering Mission-Based Sustainability" on February 8 beginning at 9 pm EST/8 pm CST. Click here for more information and/or to register for the webinar.
Posted by SCC JPIC Blog at 6:57 AM No comments:

The Better Angels of Our Nature 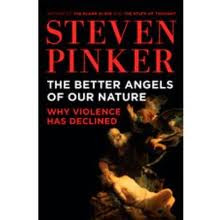 Steven Pinker's new book, The Better Angels of Our Nature: Why Violence has Declined, has been called "astonishingly good" and has been selected by The New York Times as a notable book of 2011. Its central theme is that human beings have been behaving more decently over the last several centuries. Here's a description from Amazon.com:
"Faced with the ceaseless stream of news about war, crime, and terrorism, one could easily think we live in the most violent age ever seen. Yet as New York Times bestselling author Steven Pinker shows in this startling and engaging new work, just the opposite is true: violence has been diminishing for millennia and we may be living in the most peaceful time in our species's existence. For most of history, war, slavery, infanticide, child abuse, assassinations, pogroms, gruesome punishments, deadly quarrels, and genocide were ordinary features of life. But today, Pinker shows (with the help of more than a hundred graphs and maps) all these forms of violence have dwindled and are widely condemned. How has this happened?
"This groundbreaking book continues Pinker's exploration of the essence of human nature, mixing psychology and history to provide a remarkable picture of an increasingly nonviolent world. The key, he explains, is to understand our intrinsic motives- the inner demons that incline us toward violence and the better angels that steer us away-and how changing circumstances have allowed our better angels to prevail. Exploding fatalist myths about humankind's inherent violence and the curse of modernity, this ambitious and provocative book is sure to be hotly debated in living rooms and the Pentagon alike, and will challenge and change the way we think about our society."
Posted by SCC JPIC Blog at 8:08 PM No comments:

State of the Union

Network: A National Catholic Social Justice Lobby invites us to watch tonight's State of the Union Address as a "Super-Citizen." That is, use the chart found here to see how many times President Obama mentions items that are social justice issues.
Posted by SCC JPIC Blog at 8:38 PM No comments:

You may recall that, in August 2011, there were concerns regarding the definition of religious employer in the proposed Rule on Preventive Services. The Rule would require almost all insurers and employers (except religious employers) to provide contraception and sterilization services for its women employees and subscribers. The rule defined religious employer as meeting all of the following criteria:

After accepting comments, the HHS published its Final Rule on January 20 (click here for more information). The Final Rule does not expand the definition of religious employer. Sister Carol Keehan, CHA President and CEO issued a statement that CHA is disappointed that the definition was not expanded (see www.chausa.org for more on this). Click here to find comments from Cardinal-Designate Timothy Dolan, President of the USCCB. An excerpt of Dolan's comments: “Never before has the federal government forced individuals and organizations to go out into the marketplace and buy a product that violates their conscience. This shouldn’t happen in a land where free exercise of religion ranks first in the Bill of Rights."

Stay tuned for more information.
Posted by SCC JPIC Blog at 6:36 AM No comments:

Resources for Week of Prayer for Christian Unity

January 18-25 is the Week of Prayer for Christian Unity. Click here for resources.
Posted by SCC JPIC Blog at 6:40 AM No comments:

From the January 2012 Stop Trafficking newsletter: Beware of online invitations to conferences regarding human trafficking and other human rights issues. Criminals are pretending to organize conferences in order to gain sensitive information and money from participants. Specifically, there has been a “World Congress on Human Trafficking and Forced Labour” conference advertised on the Internet, which is in fact a scam. Click here to read the full article on page 5 of the newsletter.
Posted by SCC JPIC Blog at 6:26 AM No comments:

In his article, "Good Returns," Thomas Healey seeks to answer the question: "Can you follow your conscience and still beat the S&P 500?" Click here for the article, which appears in the January 16-23 issue of America.

National Migration Week 2012, "Welcoming Christ in the Migrant," is observed from January 8-14. Click here for more information from the USCCB website and here for resources from the Catholic Relief Services website.
Posted by SCC JPIC Blog at 11:26 PM No comments: