Live Coverage of March for Life

Tune in to EWTN or EWTN.com for live coverage of the March for Life and its various liturgies. Pray for the safety of those traveling to Washington for the March and for life -- the cause for which they march!
Posted by SCC JPIC Blog at 8:29 PM No comments:

From the USCCB:
Over 10,000 worshippers, many of them youth from schools around the nation, are expected to gather in the Basilica of the National Shrine of the Immaculate Conception to pray for an end to abortion at the Opening Mass of the National Prayer Vigil for Life, Sunday, January 23, at 6:30 p.m., the eve of the 2011 March for Life. January 22 marks the anniversary of Roe v. Wade, the 1973 Supreme Court decision legalizing abortion.

Cardinal Daniel DiNardo, Archbishop of Galveston-Houston and chairman of the U.S. bishops’ Committee on Pro-Life Activities, will be the principal celebrant and homilist at the Vigil Mass, concelebrated by fellow cardinals and many of the nation's bishops and priests. Following the Opening Mass, the Vigil will continue in the Crypt Church of the Basilica with confessions, a National Rosary for Life, Night Prayer according to the Byzantine Rite, and holy hours led by seminarians from across the country from midnight until 6:00 a.m.

That same evening, The Catholic University of America will host close to 1,300 pilgrims overnight. On January 24, the Basilica will host Morning Prayer at 6:30 a.m. in the Crypt Church and the Closing Mass at 7:30 a.m. in the Great Upper Church. Bishop William E. Lori of the Diocese of Bridgeport, Connecticut, will be the principal celebrant and homilist. At the conclusion of the National Prayer Vigil for Life, participants will join in the national March for Life.

The National Prayer Vigil for Life is co-sponsored by the Secretariat of Pro-Life Activities of the United States Conference of Catholic Bishops (USCCB), the Basilica of the National Shrine of the Immaculate Conception and The Catholic University of America.

More information is also available at the March For Life website.
Posted by SCC JPIC Blog at 1:23 PM No comments:

From Father James Martin, SJ, on his 50th birthday (via the Huffington Post blog): "12 Things I Wish I Knew at 25: Spiritual Learnings on My 50th Birthday." Click here to read the list.
Posted by SCC JPIC Blog at 1:49 AM No comments:

The following video features Nancy Smith, SOA Prisoner of Conscience, who (on January 5, 2011) was sentenced to six months in prison for her involvement in the non-violent protest to close the School of the Americas. E-mail subscribers: If you cannot see the video below, click here to watch.

Posted by SCC JPIC Blog at 1:30 AM No comments: 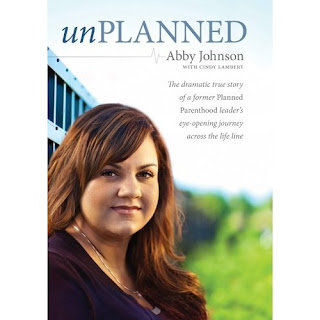 On Tuesday, January 11, Abby Johson's book, Unplanned: The Dramatic True Story of a Former Planned Parenthood Leader's Eye-Opening Journey across the Life Line, will be released. Obviously, I haven't read it yet, but from what I see and hear, it is a "must-read." Here's the description from the amazon.com site:
Abby Johnson quit her job in October 2009. That simple act became a national news story because Abby was the director of a Planned Parenthood clinic in Texas who, after participating in her first actual abortion procedure, walked across the road to join the Coalition for Life. Unplanned is a heartstopping personal drama of life-and-death encounters, a courtroom battle, and spiritual transformation that speaks hope and compassion into the political controversy that surrounds this issue.
Posted by SCC JPIC Blog at 9:15 AM No comments: